The holidays are upon us. Please consider giving our local independent music related businesses from Paras Newsstand to Cow Records, Classic Bows to Taylor Guitars, your business when it comes to this year’s gift giving. But there are also many local writers, musicians, artists etc. that offer great options for seasonal giving, or perhaps a nifty option for post-holiday use of that Amazon gift card. Here are my top ten picks for San Diego-centric holiday gift ideas, covering everything from local music history to The Beatles. 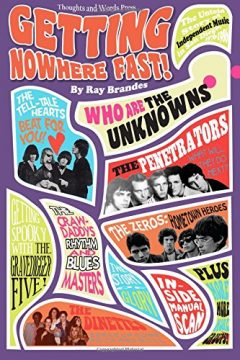 If you are a fan of San Diego’s music history, this is an essential read. Details on 1976-1986 with histories of the Zeros, the Penetrators, the Unknowns, the Crawdaddys, the Tell-Tale Hearts, Manual Scan, Glory, and the Dinettes. Getting Nowhere Fast, written by Ray Brandes of the Tell-Tale Hearts, looks at the origins of this period of “new” music in San Diego and provides an insider’s look at a handful of bands who never quite hit the big time but who developed cult followings around the world.”
www.amazon.com/Getting-Nowhere-Fast-Ray-Brandes/dp/1519279728 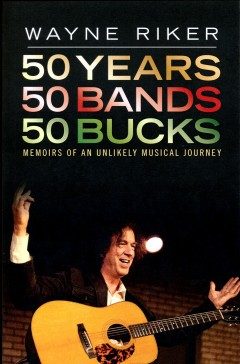 Just what it says in the title, Riker’s book is a fascinating look back at one man’s life in music and the 50 bands he was a part of, with a lot of practical musical lessons to be learned along the way. Riker is a legendary music instructor and player who had a long time column in Guitar Player magazine and has had many acclaimed instruction and theory books published, but this covers new territory and is a great add to his bibliography. A fast, fun read.
www.amazon.com/50-Years-Bands-Bucks-Unlikely/dp/1517704057/ref=sr_1_4?s=books&ie=UTF8&qid=1479885433&sr=1-4&keywords=wayne+riker 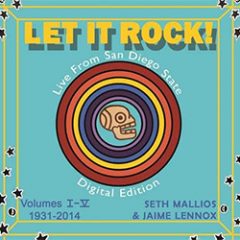 “A comprehensive history of every documented live popular music show ever held at San Diego State University from 1931 to 2014. SDSU has hosted more concerts than virtually any other campus on the planet! Let It Rock! details this spectacular, yet largely unknow,n history, uniting newspaper clippings, obscure memorabilia, and eye-witness accounts to recapture the continually evolving soundtrack of the Aztec experience and the nation.”
www.shopaztecs.com/p-3563-let-it-rock-live-from-san-diego-state-by-seth-mallios-jaime-lennox.aspx

CD: Iron Butterfly / Original Album Series
“A box set UK five CD set containing a quintet of albums housed in mini LP sleeves and packaged together in a slip case. This set from the heavy rockers includes the albums Heavy, In-A-Gadda-Da-Vida, Ball, Live, and Metamorphosis.” Bargain priced, the mini LP’s are cool and the music is classic.
www.amazon.com/Original-Album-Iron-Butterfly/dp/B01M0VLFIV 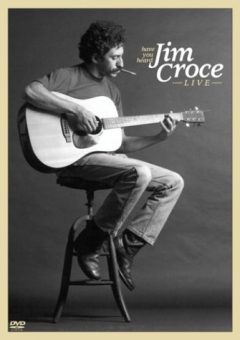 You’ve heard the hits, now check out this wonderful, near definitive time capsule, with more than a dozen songs performed by Jim Croce on various U.S. and U.K. television programs. Sealing the deal are the bonus features, including commentary from Randy Newman and Kenny Loggins, a “Bad Bad Leroy Brown” cartoon sung by Sonny & Cher, a documentary excerpt and more.
www.amazon.com/Have-You-Heard-Croce-Live/dp/B0000D0YT4/ref=sr_1_1?s=music&ie=UTF8&qid=1479887215&sr=1-1&keywords=Jim+Croce+have+you

Book: Design & Illustration by Mark Sgarbossa
You’ve seen his work on countless rock ‘n’ roll posters and record sleeves, this glorious full color book collects some of Sgarbossa’s best. “From rock and roll to corporate ID, Artist Mark Sgarbossa shows a broad set of skills and styles in this comprehensive look at his work.”
www.amazon.com/Mark-Sgarbossa-Design-Illustration/dp/1497315476

Book: Swim Through The Darkness: My Search for Craig Smith and the Mystery of Maitreya Kali by Mike Stax 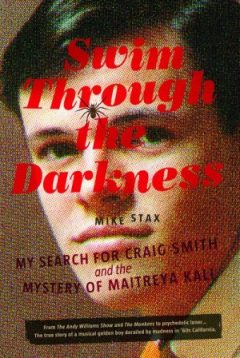 Mike Stax’s latest tells the story of Craig Smith: “A 1960s golden boy–good looking, charismatic, outgoing; a preternaturally gifted musician and songwriter whose songs were recorded by some of the biggest names in entertainment, including Andy Williams, Glen Campbell, the Monkees. His future success seemed assured, until an unexpected turn of events plunged him into a terrifying darkness. Clean-cut Craig Smith became Maitreya Kali, the self-proclaimed psychedelic Messiah. He laid out his poignant, disturbing schizophrenic vision on a sprawling self-released double-album before disappearing completely. Author Mike Stax spent 15 years piecing together the mystery of Maitreya Kali, uncovering one of the strangest and most tragic untold stories of the 1960s and ’70s. Included in the story are Smith’s close ties to the Monkees, particularly Mike Nesmith, who produced and promoted Smith’s band, Penny Arkade. Also covered are the bizarre self-released albums he made as Maitreya Kali, which now command thousands of dollars among psychedelic music collectors.” Stax’s attention to detail and way with a word is legendary–all of his writings are recommended, but this one is extra special.
https://webstore.ugly-things.com/swim-through-the-darkness-my-search-for-craig-smith-the-mystery-of-maitreya-kali-by-mike-stax-p374.php

Book: Some Fun Tonight: The Beatles American tours of 1964—1966 by Chuck Gunderson 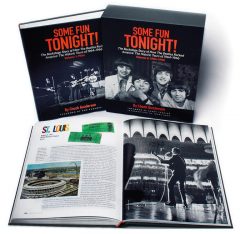 This is two volume set is the definitive look at the Beatles American tours of 1964 — 1966. “Gives the reader a city-by-city synopsis of the Beatles’ activities as they traveled the United States and Canada for their groundbreaking series of concerts. From San Francisco’s Cow Palace show on August 19, 1964 through their last-ever live performance at the city’s famed Candlestick Park on August 29, 1966, these books will cover the music and the madness that characterized their North American tours. Supported by hundreds of photographs and images of rare memorabilia, it (is) truly be THE definitive reference for what is arguably the most important period in the Beatles’ long and winding career.” The whole thing is essential for any Beatles or rock and roll fan, but I really loved the section on the Beatles / San Diego Balboa Stadium show.
www.somefuntonight.com

Magazine subscription to Ugly Things
One of the world’s best rock ‘n’ roll mag’s, Ugly Things is now offering subscriptions. No one else does the kind of in-depth coverage like this great read. For 1950s through 1980s rock ‘n’ roll / punk / garage (as well as other cool sounds), from the well-known (Dave Davies of the Kinks and Paul Samwell Smith of the Yardbirds have been recent interviewees) and lost legends alike (too many to list), no one beats this mag. Each issue is an event.
https://webstore.ugly-things.com/ugly-things-subscription-biannual-starts-with-current-issue-43-p376.php

Gift Certificate to M-Theory, Record City, Lou’s Records, Cow Records, Taang, or Folk Arts Rare Records
What do music fans want as a gift? More music! If you are having a hard time trying to pick something out for your favorite music aficionado, a gift certificate to a local music emporium will definitely put a smile on their face.
www.folkartsrarerecords.com, www.mtheorymusic.com, www.taang.com, www.lousrecords.com