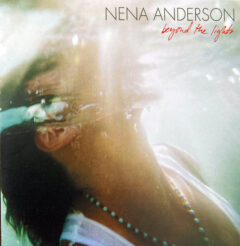 Pianists hammer away at their keyboards, and guitarists strum away on their six strings. Other musicians blow their horns; beat out rhythms on drums; or bow their violins, violas, and celli. For each of them, no matter the chosen instrument, the notes coming out of the horn, xylophone, or bagpipe have to convey the meaning or emotional content of the music. Rock ‘n’ roll guitar players can make that standard rock ‘n’ roll guitar player grimace when they bend those big notes going through those big amplifiers, but that’s pretty much the extent of a musician using his body to express the music.
Singers, on the other hand, can raise their hands in elation or stoop their shoulders when they sing of despair. They can smile, frown, grimace, or even interject the tears of a Pagliacci.
There are singers who have an even greater advantage, who fill songs with heartache or joy simply with their phrasing and sounds of their voices. Sinatra brought this magic to every song he sang; the same can be said of Ray Charles. And Billie Holiday excelled them both in this capacity. She could telegraph the emotional terrain of a swing tune or ballad with each passing note.
Nina Anderson is one of these gifted singers. I’ve just listened to Beyond the Lights, Anderson’s collection of ten self-penned songs. It has been months, years actually, since a musician was able to so move me with her singing. There is great strength in her voice, yet she has an offhand way of delivering the lines of a song, as though she is recounting the details of a recent romantic breakup while she’s sitting in your kitchen having a cup of coffee.
The songs on this disk are about the great mystery of love, how a new love can have us brimming with rapture or the heavy hearts we have when romance dies. The recording is well produced, and Anderson put together a terrific band for the project. Beyond the Lights is one of the best CDs I’ve heard in a long time. Two enthusiastic thumbs up!