December 2022
Vol. 22, No. 3
Mark Montijo: The Long Road of History by Terry RolandJune, 2019
Harold in the Land of Jazz by Bart MendozaJune, 2019
Sephardic Dance and Music by Yale StromJune, 2019
Loretta Lynn: A Special Tribute to the Queen of Honky Tonk by Terry Paul RolandJune, 2019
Ben Grace Gilmore: It's All About Building Community by Sandé LollisJune, 2019
The Jazz Lounge: A Listener’s Paradise by Laura PrebleJune, 2019
SVEN-ERIK SEAHOLM: Looking Forward by Bart MendozaJune, 2019
SURE FIRE SOUL ENSEMBLE: A Conversation with Tim Felten by Robert BushJune, 2019
Real Chicago Blues Is Coming to Humphrey’s Backstage! by Eric LiebermanJune, 2019
A Walk with Mary by Chuck SchieleJune, 2019
Advertisements 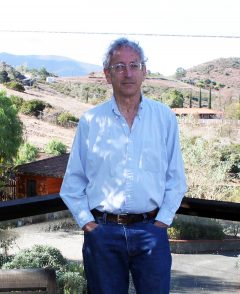 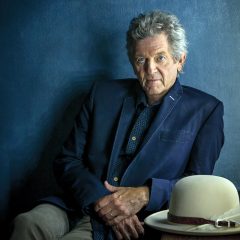 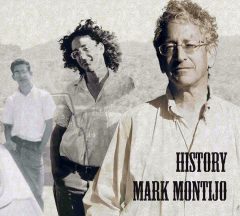 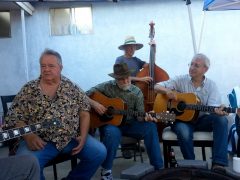 Sails are just like wings
The wind can make ‘em sing
Songs of life, songs of hope
Songs to keep your dreams afloat

—From Guy Clark’s “Boats to Build”

Sometimes the creative spirit will pursue and haunt us until we give birth to a work of art. But then there are times when it patiently and waits. It may take a lifetime, but she waits. It may wait outside of a winter door or inside the warmer rooms of the soul. But eventually the season arrives, a spring that is greater than a solitary soul. The muse calls out for something necessary and universal that needs to be created. As the poet says, “there’s nothing quite as real as what you dream.”

This describes the long road traveled by singer-songwriter Mark Montijo. His album recorded a few years back, History, is an-off-the-radar masterwork of well-crafted lyrical songs reminiscent of the early days of the American Singer-Songwriter Movement of the early ’70s. Indeed, in a recent phone interview Mark said that someone told him it is like hearing something new from the ’70s. It may be the best album you’ve never heard from any era of music. On first listen there are echoes of Tom Paxton in his voice, but his songwriting is that of an artist with universal vision that reaches out to something sacred and authentic inside of us all.

The nature of this praise is borne out of a story related by author and singer-songwriter Paul Zollo in a recent edition of American Songwriter. Zollo was attended a songwriter’s camp where the teacher-in-residence was Texas songwriter Rodney Crowell. According to Zollo, Crowell was a hard taskmaster when it came to offering criticism about the songs offered at the camp. His emphasis was on writing songs, not chart success, but rather songs that could only be created by the writer. When Mark’s time came around he shared the title song from his album History. Crowell had nothing but praise for the song and his comments were summed up in the ultimate praise from the veteran songwriter: “Congratulations.”

Montijo, a San Diego-area native, grew up in Jamul a small rural community of 6,000 people east of downtown San Diego. Today, he still resides in a small town east of San Diego. His love of music and guitar reaches back to the Folk Revival of the early ’60s, which gave birth to such iconic artists as Bob Dylan, Joan Baez, and Peter, Paul and Mary. It wasn’t long before Montijo had learned guitar and began writing songs himself.

It was a time when Jackson Browne, Don Henley, and Glen Frey played small gigs in tiny clubs. He told a story of how unknown songwriter, Kris Kristofferson, played a demo tape backstage, after a show, by an obscure songwriting hopeful, Carly Simon. Mark was there playing his beautifully and gently crafted songs alongside soon-to-be legends of the time. The ’70s were heady times in San Diego.

But life has a way turning and changing things. Montijo became occupied with the business of living and his road led away from the muse of song. She waited in the shadows as he grew into a management position with the Maritime Museum of San Diego, where he used his skills and talents to restore one of the largest fleets of historic ships in the world. With some deserving pride he spoke of how he helped to build an exact replica of Spain’s historic San Salvador, the flagship of explorer Juan Rodriguez Cabrillo’s fleet. It would be his last project.

Montijo retired in 2016. Slowly, he returned to the music or perhaps its more accurate to say the music returned to him. As he relearned his guitar, the songs, seemingly long forgotten, began to return to him. With the encouragement of his friend, Phil Gross, Mark began the process of doing something he was familiar with from his past labors, the restoration of something old. He looked at 40-year-old set lists and drew from his memory songs that he hadn’t thought about for decades. Like the antique ships he helped restore, Mark was able to rebuild his songs as he added new ones to his own private repertoire.

But his collection of songs was too distinctive to be kept private. What began as a self-described vanity project of recording songs to give to his son became an artistically successful album that began to sell beyond his circle of friends. The album was given the apt title, History.

The resulting record is an engaging, well-crafted showcase for what is the best quality about singer-songwriters with lyrical insights, subtle humor, and instrumental work that is carefully woven through the songs. The sepia-toned cover shows Montijo during three periods of his life, from a young boy to a Bohemian musician and finally arriving front and center as the seasoned, mature singer-songwriter he is today.

The first track, “Midnight Silence,” which is an upbeat song with a smooth electric guitar alongside a banjo, begins this unique collection at the unsuspecting start of a new day in the hidden night hours as the longing for a lover begins to haunt him. “Streetlights Street Fights and Saturday Nights” is a John Prine-like acoustic country song with banjos, mando, fiddle, and guitar. Its subject is the pitfalls of a lifestyle bent on drinking. Each song covers its own, often familiar, theme in a unique and fresh way.

But just as Paul Zollo and Rodney Crowell have already testified, the song “History” the centerpiece of the album, takes an ironic and humorous look at our movement through time and how our memory(or lack of memory) of events shapes our experience.
The remaining songs, including “Wedding Song” and “Shadows and Shade” illustrate what is touched on lightly in “History.”

The strength of this album is its cohesiveness inherent in the collection of these particular songs in time. If Rodney Crowell found that “History” is a song only Mark Montijo could write, the same could be said of this album as a whole. Mark Montijo is a songwriter who has produced a debut album that could only arrive with an ear for the spirt of the waiting muse and a welcome sign in his songwriting window.

Amelia knew just where she stood
Will Rogers moved to Hollywood
But when they went, they went for good
A long time ago

Roman Palacios: A Singer for All Seasons