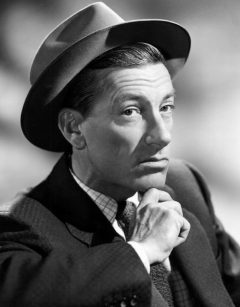 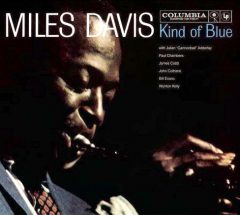 Hello Troubadourians! What is it with me and jazz standards? A few months ago, I wrote about the Hoagy Carmichael’s classic “Stardust.” This time it’s “All Blues” by Miles Davis. Although I took lessons from two excellent jazz guitarists, I am in no real sense a jazz guitarist. I’ve learned some jazz-ish stuff in order to learn more about music and my instrument, and to inform my sense of harmony and chord construction, but I’ve spent very little time learning the jazz canon, which is essential to one being able to call one’s self a jazzer. Marty Stuart, my first teacher—and an excellent jazz guitarist—told me that I needed to “play like myself,” which I took to heart probably a bit more that I should have. (This was right after he told me that I looked like a drummer…). In an effort to get real about my jazz education, I took some lessons from the legendary jazz guitarist Mundell Lowe. Mundy told me during one lesson that I had “excellent blues hands, don’t ever change.” That was high praise from him, so I didn’t change. But that didn’t stop me from being fascinated with certain jazz songs.

I first heard “All Blues” on a YouTube post by a guitarist named Eric Skye. He played an amazing solo guitar arrangement of the song and I was fascinated. I watched and listened to the video a bunch of times and then moved on. But the song and the melody kept running through my head so I looked up the original version by Miles Davis on YouTube. I found that both versions were in the guitar-friendly key of G and so I began messing around with the song. “All Blues” is essentially a blues waltz, albeit one that was written and played with a very jazz-heavy filter installed. The big difference is that when the song gets to the V chord, there is an added Eb chord into that section along with the usual D chord. Now, the original Miles Davis recording has Bill Evans on piano. If you aren’t familiar with Evans’ playing, you need to hear it to believe it. I have no earthly idea how he can play like that. His playing makes no sense and total sense at the same time. I struggled to follow the song as I played along, because I found the piano so distracting at first. Once I got used to it, I was then able to follow the horns and the exquisite harmony and melodies they were playing. Being somewhat informed by my previously viewed the Eric Skye version, I “sorta, kinda” figured out what to play. I would play along and work out parts that made sense to my ear and then work on the next part, not necessarily working it out note-for-note, but getting the song under my fingers well enough to make it part of my general vocabulary on an as-needed basis for my regular playing. Not necessarily a good habit, but I’ll come back to that later.

Now, you’ve heard me say many times that I’m much better at guitar solos than I am at solo guitar. This time was no exception. While inspired by Eric Skye’s solo arrangement, what I eventually worked out was somewhat of a hybrid of the two versions I had listened to. But it was recognizable and correct enough that I was able to jam with a couple real jazz players at a NAMM Show and not embarrass myself. And that was okay for a while… I’m much more adept at Americana, blues, rock, country, and bluegrass genres but my backdoor jazz chords and lines have added interest to my playing, placing otherwise outside ideas to fairly well-defined structures. All in good taste, I hope, as I never wanted to put something into a song or a solo that didn’t belong just because I was able to play it.

It was never my desire to play in a jazz context of any serious nature—I know my limitations—but it began to bother me that I didn’t really know those jazz songs like I know other songs in other genres. I decided to go back and relearn “Stardust,” “All Blues,” and a few other songs that I sorta, kinda knew. This journey has led me to the place where I am now and has inspired my column this month. I have come to the realization that there are two types of listening: one where you are on the spot and need to figure out the song in real time so you can keep up with the band and give the impression that you actually know that song, and another, when you truly listen deeply into the song and really learn what it is all about. Some players can do one or the other, and some gifted individuals can do both. And some of us struggle to do either one. I’ve always been in that first camp, able to stay on my toes and make it happen as though I’d been playing a song for years when the fact was that I’d just played it—maybe even just heard it—for the first time just then. That ability has served me well as a session guitarist and I’ve made a lot of songwriters very happy by being able to play the part just right in only a few takes. However, that also makes me a fairly sloppy cover song player. Other than learning pretty much spot-on versions of the songs from my early influences back in the day, I’ve been lackadaisical in actually learning material other than original material from the various bands I’ve been in. Even in those bands, the covers we’d learn were always played through the filter of the sound that our band had created, and we’d take pride that there were many in the audience that didn’t know that the cover we just played wasn’t one of our songs. And even when they did, our version often stood up to, and compared with, the original version.

But a blessing can be a curse, or at least become a nagging doubt, so I decided that I needed to really learn those old jazz tunes that have been in my head all this time. Beginning with “Stardust” and “All Blues,” I’m making a concerted effort to learn and document the proper way to play those standards—really learn the chords, melodies, and harmonies, breaking everything into little pieces, and understanding them before reassembling them back into songs. While there are times when it is necessary to do an on-the-fly interpretation of a song—and having the ability to encompasses and combine many of the parts of the original version works when the instrumentation is absent or when you have to carry the song because the rest of the players don’t know it or there wasn’t time to rehearse—can sound good enough in the moment, I’ve found that nothing sounds better than really knowing a song inside and out. That is now my mission, to listen for learning, and from that I hope to become a much better player… and listener.

Making Music in a Pandemic