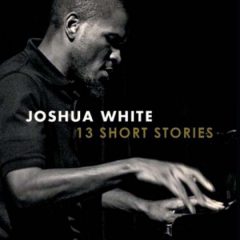 Now that pianist Joshua White has released his first album on the Spanish record label Fresh Sound New Talent, the world at large is about to learn what the Southern California musical cognoscenti have known for years: namely, that Mr. White is a force to be reckoned with, or, as a friend once commented, “17 forces of nature.”

The album begins with the nervous energy of “The Ignoble Paradox of Modernity/ West,” which sparks like a live wire in a twister. It is worth noting that the album was recorded in a single day at Tritone Studios in Los Angeles, a feat made more impressive by White’s insistence that each band member treat the written material as a jumping off point rather than a rigid schematic to be perfected. Johnson and Pinson deliver definitive statements.

“Curiosity Landing” opens with the whispered brushes of Pinson and Johnson’s searching alto. It sounds like it might never resolve, but the listener’s patience is rewarded by a gorgeous “hook” around the two-minute mark that proves quite unforgettable. This has a timeless modal feel, and White digs in for a beautifully sculpted solo over the stop-time jabs of Hulett. Johnson takes up where White left off, working melodic curlicues around the form–stretching out and burnishing the script with a rich personal timbre.

It all comes together on “Scarlet Tanager,” one of White’s most enduring and endearing melodies. Johnson’s solo tugs at the edges of the harmonies in an architectural manner that recalls Wayne Shorter, and White follows up with pure, ebullient thematic development. Pinson’s furious work on the kit during the out-chorus brings Steve Gadd to mind.

Dean Hulett gets his moment in the sun on the wonderfully conceived “Morning,” which is sure to remind some of Herbie Hancock’s early work for the Blue Note label. After Johnson lays down the melody, the song belongs to the bassist, and he delivers a profound, woody essay that lingers in the ear.

The album concludes with another gem from the White catalog, the kinetically charged “The Lower Case,” a modern look at the blues in all its timeless glory.

This powerful debut showcases White’s considerable skills as a bandleader, composer and improviser. It’s both a fantastic calling card and the tip of the iceberg. Stay tuned for more!