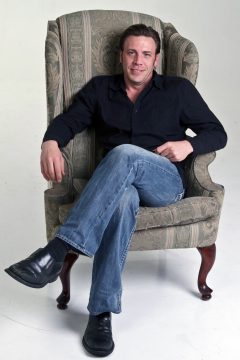 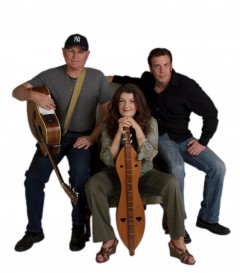 It has 88 keys, three pedals, weighs 800 pounds, and in the right hands, a piano is the most versatile of all musical instruments, one that can play anything from stately symphonies to pounding Little Richard rockers — and everything in between. For John Foltz, fascination with the keyboard started early.

“I began noodling around on the piano when I was two or three. I was never one of those kids who wanted to pound on the keys to see how loud and obnoxious I could be — I purposefully sought out sounds that I liked and was always trying to find more of them.”

Foltz has been seeking out new sounds ever since, in recent years as both a go-to studio musician and a live performer with local players and producers like Joe Rathburn, Jeff Berkley, and Sven-Erik Seaholm. He has also been playing locally and in North County as a solo artist; he has recorded several albums, singing and playing his own songs, including the excellent 2009 release Grounded and a new full-length CD, Renaissance.

Looking at his musical development, Foltz traces the roots to his early teens, after a few years of lessons, when a mentor tried a new approach.

“He would have me learn a song as written, and then he would do something that has stuck with me to this day. He would say, ‘Okay, now I want you to take that and re-arrange it into three different styles,’ and so, that really began my love affair with forging out on my own to see what I could do,” Foltz says. “I’ve always been very eclectic, and I take some pride in saying that I can find something to like in absolutely any style of music whatsoever.”

Then Orange County resident Foltz soon became a part of his school’s musical theater department as their primary accompanist, and found his voice. “I had been in choirs since pre-school, but this galvanized my love for singing as strongly as I already had the piano,” he says.

His favorite all-time album is Abbey Road because of the Beatles’ and producer George Martin’s recording mastery.

“Whenever I listen to any of these artists — or anybody, really — there is some way that I’m simultaneously appreciating their music while also trying to ‘break their code,’ so to speak. And there is a way that each of these people find their way into my music at different times, sometimes all at once.”

He has seen Joel in concert at least 15 times and most appreciates “his adaptability and sheer musicality.”

“In those times that I’ve seen him he has not ever duplicated a single performance — there’s always some little nuance that is completely different, and it keeps things fresh for him as well as the audience,” he adds. Foltz has tried to adopt this approach to his own live shows.

“I spend a lot of my time flying by the seat of my pants because it’s more organic and open to the moment. I spent a long, long, long time learning what I ‘need’ to know so that it comes instantly, without thought, in the moment I need it to.”

His earliest music project in the late ’90s was with longtime friend and fellow musician Lorenz, was the unreleased Give and Take. His first real working band was in Riverside County in the late ’90s, a working outfit that played gigs until he relocated to the San Diego area in 2001.

“There were a lot of great times had, but then I moved to San Diego and it became a geographical impossibility to continue gigging with them regularly. We still get together periodically to record; in fact, they were the backup band on Grounded.”

As Foltz started composing his own music, he found perhaps his toughest critic in the mirror. His first release was in late 2001, titled Indigo; he followed it up a year later with the live CD A Little Piece of History.

“I can be very hard on myself when it comes to music. I have very high standards for myself and others that I work with, and it is always a battle between ‘yeah, that sounds great’ and ‘but it could be so much better.’ Letting things go in the interest of actually having something to release is a razor-sharp tightrope at times.”

Foltz took a break from writing but got back into it in late 2006, beginning what would become his Grounded CD. Like many similar projects this was a gradual process, as Foltz teamed up with his former band mate (and co-producer) at Lorenz’s Alta Loma studio to lay down tracks, beginning in the summer of 2007.

“I had done some musical favors for him over the years, and I actually ended up getting the entire 100-plus hours of studio time [and the musicians’ time as well] comped. That was very helpful! Once it was all recorded, I handed the material off to my friend, Sven-Erik Seaholm, to tackle the mixing, mastering, and design. That was no small project for him, and he did a superb job with it, in my opinion.”

The disc was released in June 2009, an eclectic and entertaining 13-song batch of blue-eyed soul, pop piano ballads, and soft rockers, drawing from R&B, gospel, and jazz. It combined an unmistakable flavor of some of Joel’s ’70s classics with the work of other keyboard/vocal icons like Bruce Hornsby and Elton John, while stamping a distinct Foltz brand on the sound.

One of the songs, “Murmur,” was among the first written. “I don’t have a single [song-writing] go-to method because, to me, it’s all about the song coming together organically. For instance, “Murmur” was a very cathartic experience for me. It came, in its entirety, in about 30 minutes — lyrics and music simultaneously. That’s a dream scenario, right there; that doesn’t happen very often.”

One strategy Foltz uses in songwriting is keeping a file with hundreds of little song snippets and lyrics — currently about 150 pages worth of lines, ideas, and stories; nothing is completely fleshed out, but he will often “percolate” ideas and periodically listen to these musical fragments from what he calls his Spark File.

In 2007, Foltz connected with Joe Rathburn and has since become a resource to him and other local musicians as a live and studio keyboardist and singer. He is a regular member of Rathburn’s Folkey Monkey full-band shows.

“I’ve known Joe since 2007, and he has really been a gift to me. Not only do we share an enormous amount of musical sensibilities, but basically everyone I know in the San Diego music scene came by way of Joe.”

Working as a first-call studio musician has its rewards, though some issues persist. “Believe it or not, it’s not that often. No matter how much people say they love the piano, it seems to be used infrequently. I love guitar music — crave it, in fact — but it does sort of force me to relive the awkward high school days and beyond when I was the dorky guy who played piano.”

Positivity is a big part of Foltz’ life and approach, and he thanks Rathburn for helping him with this. “I generally strive for positivity in my music. For one, I believe there’s already enough negativity available for anyone to perceive, so there’s no need to add to it. But more fundamentally, I believe in being positive as a way of life,” he says. “There’s nothing like staring down a negative experience and saying, ‘yeah, but there are so many better things out there that deserve my time and attention.’”

“Through Joe, I’ve also acquired my most profound job to date. In 2008 I became the music director at the Center for Spiritual Living in Temecula Valley, because Joe suggested me as someone apt to fill the position. I’ve now been there for five and half years, and Joe is a monthly musical guest, so I get to play music with him on a reasonably regular basis.”

Foltz’ positive mind set has been a driving force on his new CD. Renaissance includes a song built from the snippet file, “Overflow.”

“On this particular song, the music was fully fleshed out before I even thought about the lyrics. For the lyrics, I went to the Spark File… I came across a half-page diatribe I’d written about the strange culture one can witness at garage sales,” he says. “What began as ranting prose ended up becoming a rather positively toned song lyric about that which we pass on to others whether we know it or not.” Another song on the album, “There’s a Change Coming,” was left over from a 2011 musical score job for a small independent film.

Helping Foltz out on the album are Rathburn, bassist Jim Reeves, and musician/producer Seaholm. Foltz has programmed in the drums, keyboards, and vocals himself over the past 12 to 13 months, a painstaking process.

“My wife, Tina, is helping me as a recording assistant when I need to record my vocals, and she’s also doing the cover art, package design, and anything visually related.”

The record release, set for early July, in both Temecula (Foltz lives in southern Riverside county), and San Diego, will be a bittersweet experience: in a way, letting go of the new album will be difficult for him.

“There’s an interesting double meaning. Of course, the obvious is that the record is released to the world and is available for listening. But on a personal level, there’s a release that can be difficult for the perfectionist in me. It is the release of ‘this will never be any different than it is now — it is a permanent record.’ There is always something that could be just a little better — sometimes a lot — but there comes a point when the work has to cease and the release has to happen; otherwise it’s all talk.”

Beyond the release of Renaissance, Foltz plans to keep busy. He plans to build a home studio and is forming a company with his wife, who has a marketing degree. Musically, he would love to continue to put out records, and has special interest in a children’s album. Other ambitions include more film and TV scoring, given the opportunity, and even writing musicals — either originals or ones based on existing stories. Whatever his future endeavors, John Foltz is likely to be “grounded” and stay positive.

Fest to Celebrate Those Cool And Crazy Beats

Outside the Box: A Conversation with the Peripherals