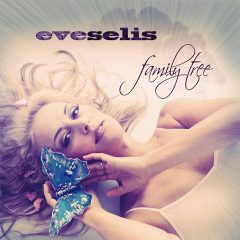 If Eve Selis and her band were wondering how to achieve their long-overdue national recognition, after 20 years as San Diego’s top Americana group, with an impressive string of six locally acclaimed albums, they figured out the solution in 2011. The group’s newly released seventh album, Family Tree, is not only its best album to date (and the one with the greatest commercial potential), it is surely the best Americana album released by a San Diego group in 2011 and the equal of anything from the musical headwaters of Nashville or Austin. Family Tree is strong from start to finish: 14 excellent tracks (10 of which were co-written by Selis, nine with long-time collaborator Marc “Twang” Intravaia), comprising almost an hour (57:22) of catchy, varied tunes.

Recorded at Big Fish in Encinitas, Family Treewas produced by Grammy-winner and multiple Grammy-nominee veteran engineer Steve Churchyard (Pretenders, Eagles, Celine Dion, Joni Mitchell, Tim McGraw, Sheryl Crow, among many others), and features session work by noted musicians Albert Lee (guitar, mandolin), Dennis Caplinger (dobro, banjo, mandolin, violin), and Rick Schmidt (pedal steel), in addition to her regular all-star band (Rick Nash, bass; Larry Grano, drums; Sharon Whyte, keyboards and accordion; “Cactus” Jim Soldi, guitars; and Marc Intravaia, guitars). When gigs were slow in 2010, Selis and Intravaia used the down time to focus on writing some new songs, turning a challenge into an opportunity. And they hit a home run. In Selis’ trademark eclectic fashion, Family Tree encompasses the genres of blues/rock (“Rubber and Glue,” “Witness to Your Life”), country (“When Is Everything Enough,” “All Roads Lead to Here,” “65 Roses”), hard-charging R&B (“Water Off a Duck’s Back”), pop (“Any Day,” “Crazy That I Love,” “Bump in the Road”), boogie-woogie (“Stop the Train”), with a few soulful ballads (“Family Tree,” “Don’t You Feel Lonesome,” “I Don’t Want to Cry”), and a rousing (and freshly arranged) cover of Leonard Cohen’s “Hallelujah.”

Selis has lost none of her unique vocal range, managing to sing the blues like Bonnie Raitt, belt out a ballad like Melissa Etheridge or Martina McBride, croon a harmony like Emmylou Harris, and rock out like Linda Ronstadt or Stevie Nicks. (Selis’ vocals are especially impressive in “When Is Everything Enough,” “Family Tree,” “All Roads Lead to Here,” “65 Roses,” “Stop the Train,” and “Hallelujah.”) What makes Family Tree exceptional is the consistently high quality of all the songs and the accessibility of the more pop-oriented tracks to a non-Americana audience. Indeed, one can imagine hearing (and for Selis’ sake, hopes to hear) the “pop” and “country” songs listed above in a Top 40 radio format. Lyrically, “Crazy That I Love” captures perfectly the stresses of everyday middle class life. But this doesn’t mean that Selis has lost her edge or authenticity. “Rubber and Glue” and “Stop the Train” both feature jamming guitars, and even the “pop” tunes (“Any Day” especially) convey Selis’ vocal passion.

In short, Family Tree is a triumph.

SARAH MAISEL: Have Uke Will Travel

NENA ANDERSON: Beyond the Lights