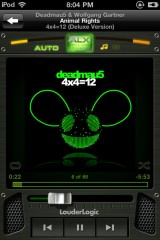 In ancient Greece, a priestess, or oracle, would dispense prophesies, wisdom, and answers to the most vexing of questions. This is of course after first inhaling vapors from a mountain fissure. Just sayin’. Regardless, the idea that the answer to virtually any question could reside in one place truly is an astonishing concept. Even more remarkable is that in our lifetime, we actually found a way to place all of that empowering knowledge into the palm of our hand.

Each day, I find myself poring through the glass covered pages of thatÂ  bottomless tome we call the internet, searching for confirmation, refutation, and, most of all, information. In fact, I’ve made it sort of a personal rule as of late: If you don’t know, swipe your thumb across the iPhone screen and find out. My Wikipedia app’s history looks like a crazy random list of conversation starters (and/or enders): Potatoes, Israel, Photons, the Origin of the Phrase “A Grain of Salt,” Didgeridoos, Howard Hawks, Cherry trout, Swedish Indie Pop, Venus, the Mysterious Green NBC Logos, and my favorite piece of trivia for the week: Pineapples. Did you know that a pineapple is actually ”a multiple fruit, consisting of coalesced berries”? Oh, sweet trivia…

Of course, there’s a million other uses for my “smart” phone as well. Many I’ve covered here before, like the guitar tuner and metronome apps that I employ on a near daily basis. Then there’s the social networking apps for Twitter, MySpace, and Facebook, and a slew of photography-oriented entries. Banking. Scheduling. What to eat. Where to eat it. How to get there. Are you lost? Let me recite turn by turn directions as you drive. All these tools allow me to do more with my tinyÂ  telephone in 15 minutes than I could have accomplished in a whole day, not less than five years ago.

One of the first apps I ever purchased and downloaded was called Retro Recorder (only 99 cents!) by McDSP (www.alxaudio.com). Some of you may recognize McDSP’s brand from their excellent line of professional audio plug-ins for Pro Tools and other Mac-based recording software. With Retro Recorder, McDSP discovered a way to employ their very powerful processing in a much smaller package, and the results were very impressive sounding. The program is essentially an extension of the voice memo recorder, with the added benefit of their Audio Level eXtension (ALX) technology. ALX essentially “beefs up” your recording’s perceived volume, allowing you to bring out all of the nuances that are sometimes lost in noisy environments. Retro Recorder’s fun and funky-looking interface, cheap price, and integrated file management helped to make it a very popular app. One that I had hoped was the first of many.

Lo and behold! McDSP recently released another ALX-based app, and it’s a killer! It’s called the LouderLogic Advanced Audio Player ($3.99 for iPhone and iPad), and it essentially “masters” your music, audiobooks, and podcasts so that they can be enjoyed in noisier environments, without blowing your poor eardrums out.

After installing the app on my iPhone 4, I opened it and was immediately intrigued by the color scheme. It’s laid out very much like the standard iPod interface, but all X-Files green and glowy…enough to remind you that you’re definitely not in the standard iPod player, but familiar enough to navigate through the menus easily. Once your audio is playing, the main screen is displayed, showing a large thumbnail of the album art at the center of the window. The top of the window provides metering, showing how much of the ALX processing is being applied, and a larger lit “button” signifies whether it’s currently engaged. There are also options for “Music” or “Audiobook” mode, as well as an “Auto” detect mode. Below the album art is a unfortunately small progress slider, followed by “Back,” ‘“Play,” and “Next” buttons at the bottom.

I pulled up something appropriately “fragile” (the Jayhawks’ album Rainy Day Music), turned LouderLogic’s processing slider a little past three-quarters of the way up and hit “Play.” With my iPhone’s volume set the way I generally use it in the car, I actually had to turn it down a bit. The tone was big, robust, and even. I could hear an amazing amount of detail in the mix that I hadn’t really experienced with my iPhone before, especially in my car. Toggling the ALX button on and off while listening to a variety of musical styles, from Marcy Playground to Miles Davis, Rafter and Joe Henry showed there’s something more to the sound than just compression, limiting, and makeup gain. The imaging really opened up as well and vocals moved slightly forward, resulting in a subtly brighter and articulate mix, with elements you could “see” more clearly, and what I felt was a more enjoyable music listening experience overall.

Currently, there is a white “shuffle mode” indicator that looks like it’s on. Every time you touch it to “disable” it, it starts the audio in shuffle mode! Very frustrating. I’m sure that issue will be addressed soon.

With their impressive roster of products setting the state-of-the-art standard in movies, music, and television audio, one could hardly blame McDSP for overlooking the needs of the smart phone user. With LouderLogic, they’ve given us audio that’s sweeter, clearer, and stronger, with less accompanying ear fatigue. For me, it’s one more of those rare apps that I know I’ll use every single day.

Sven-Erik Seaholm is an award-winning independent record producer and mastering engineer with credits on eight projects coming out this month alone. He’s also a singer-songwriter who performs on December 2 at Toma del Sol (301 W Washington St. San Diego). Look for him on Facebook or ReverbNation.com

Getting One’s Learn On