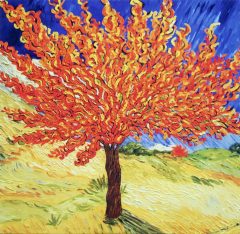 Chuck Perrin gained some notoriety as a singer/songwriter, performing as a duo with his sister in the late sixties and early seventies. He is the one-man dynamo who has steadfastly run Dizzy’s, one of San Diego’s premier music showcases no matter where in the city it might be found. As a musician and songwriter, he has produced several well-received disks in the last few years.

Bert Turetzky has left a great musical legacy, bringing his instrument, the often-overlooked (and sometimes maligned) double bass, to the fore of the concert hall. A great innovator and educator, he is personally responsible for increasing the repertoire for the instrument by hundreds of compositions. He is also the first person to perform with the bass as a solo, unaccompanied instrument.

Decades ago Turetzky paired the bass with spoken word and poetry. It was a great success. Timbreous and expressive, strong yet not overpowering, the bass is one of the best instruments to perform with the human voice. In this setting Turetzky expands the capabilities of the bass, evoking whistle-like overtones, rapping the bass like a drum, and other sonic explorations.

Perrin and Turetzky have performed this bass/voice pairing a number of times in recent years. Now, the two have just released Bass & Word: Song of the Roots, a collection of 15 poems and songs that spotlights Perrin’s and Turetzky’s individual talents as well as the great chemistry that has developed between these two performers. The recording is a great success, and I enjoyed it more and more each time I listened to it.

Perrin performs in what best can be described as a loud whisper. Besides accentuating the raspiness of his voice, this approach imbues much of the verse with a sense of questioning, wonder, protest, and sometimes out-and-out weirdness. He expands and sometimes abandons traditional approaches to rhythm, often slowing down the delivery, letting each word sink in one-by-one. Turetzky evokes all that is human from his bass: wonder, fear, anger, even a sense of satisfaction. His musical talents are obvious. But listen closely, he has a great understanding of what these poets are saying in their verse.

The two dust off a number of poetry’s greatest hits and imbue new life into what has become shopworn. I’ve heard readings of “Jabberwocky” that emphasize its silliness. Perrin here revels in Lewis Carroll’s excellent violence. Every other reading of Frost’s “Stopping by Woods on a Snowy Evening” has, by the final line, left me with a feeling of resignation. But here, with Turetzky’s rising bass lines, “promises to keep” and “miles to go before I sleep” become beautifully life affirming. I loved it.

Shakespeare, Pablo Neruda, e.e. cummings, and those mentioned above, if you want to discover something new in the verse of these men, to hear new life and discoveries in their poems, Bass & Word: Song of the Roots certainly deserves your attention.

THE ROYAL ORCHESTRA OF TITICACA: Earthling Hymns of Christmas Past