February 2023
Vol. 22, No. 5
All the Bells and Whistles by Scott PaulsonJuly 2020
Jeff Beck: A Tribute by Ted BurkeJuly 2020
Marcus Petronius Bashore: The Best Seat in the House by T.E. MattoxJuly 2020
Pacific Wave: A Surfin’ Safari July 2020
The Winter Dance Party 1959: The Night the Music Lived by Terry RolandJuly 2020
Back with a Bang! Java Joe's Reunion at San Diego Folk Heritage by J.T. MoringJuly 2020
Book Review: The Philosophy of Modern Song by Bob Dylan by Ted BurkeJuly 2020
Rick Nash: Bass Man in Demand by Wayne RikerJuly 2020
Mod Revivalists the Trebels to Reunite for 40th Anniversary Show by Jim TrageserJuly 2020
If Music Be the Food of Love, Play On: Dually Noted Pairs Fine Food and Fine Music by Paul HomiczJuly 2020
Advertisements

Summer Session at the UC San Diego Library is when I host some of my favorite signature events. We’ll be presenting virtual versions this season. Later in the school year,  I look forward to resuming song requests on Geisel Library’s rooftop chimes!

Paulson at the UCSD Carillon.

Yes, there really are chimes atop Geisel Library.  (It’s not a recording!)
Those acoustic chimes are amplified to sound like huge hanging bells.
—You don’t really want to sit under a one-ton bell in earthquake country…

UC San Diego’s campus carillon first rang out on September 21, 1989, with some pre-programmed songs (via a computer-programmed, player-piano mode) in a ceremony for the carillon donor, longtime educational patron Joe Rubinger. I wanted to start a song-request series and was able to get permission to start playing the carillon “live” on the roof of the Library around 1992. In order to do this, I climb up to the top of the building and go into a small rooftop structure that houses the chimes. In that little bunker there is a small, three-octave, piano-like keyboard. That’s where I sit to fulfill requests.

The Library chimes recently celebrated a 30th anniversary. I asked for extra song requests to mark the occasion, and I’m more than 40 songs behind right now—but I promise that I’ll catch up with all those requests soon, when the Library re-opens. Requestors: I haven’t forgotten you!

For several years, the number one requested song has been “Stairway to Heaven,” and I never get tired of playing it.

I particularly enjoy performing on Joe Rubinger’s birthday (June 1). He insisted that our campus should have clock chimes playing lively song requests, and I am glad to make sure he gets his way! We often commission student composers to write new works for our chimes and we premiere them on Joe’s birthday.

The only time the bells fell silent was the year Joe Rubinger died (at the age of 103!!!) Joe specifically stated that no memorial service should be held, but his colleagues insisted on hosting one, featuring Joe’s favorite songs from the carillon. I reluctantly played, but the next day the instrument fell mysteriously silent and technicians from the Maas-Rowe Carillon Company had to be called in to trouble-shoot. Many of us feel this sudden silence was a spirited revenge from Joe for disobeying him He obviously forgave us, because the chimes never again failed after that incident. Lesson learned: don’t mess with Joe.

As an alumnus and an employee, I’m proud to make sure that Joe’s gift to the campus is utilized and I look forward to resuming noontime concerts.

Note: The Carillon will be closed until later in the school year,  I look forward to resuming song requests on Geisel Library’s rooftop chimes!

DIANA SERRA CARY: THE LAST LIVING SILENT FILM STAR
When I was a student at UCSD in the 1980s, Diana Serra Cary was the general book buyer at the UCSD Bookstore, but few knew about her fame as a child star when she was young. 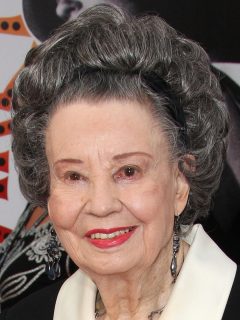 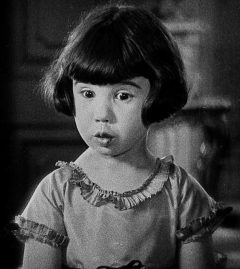 Cary as Baby Peggy in her youth.

Cary was known as Baby Peggy during the 1920s, the wunderkind of celluloid with a $1.5 million annual film contract. More recently, she was heralded as “the last living silent film star” and she still holds claim to that title, despite having passed away Monday, February 24, 2020. Even at 101 years old, she was totally recognizable as Baby Peggy (they had faces then!).

Baby Peggy had to pretend to sign her film contract in 1923, because she wasn’t old enough to read or write. When her film career was over, it was a revelation to many that she still did not know how to read or write—as she was too busy making movies to go to school. Overcoming her educational dilemma and the unfortunate mishandling (by an unscrupulous family advisor) of her film fortune, she became a proud literacy advocate, a child-rights champion, and even a best-selling author.

At the UC San Diego Bookstore, she supervised by example; she was always ready to help visitors and always maintained impeccable book displays. Everything around her glowed, partly because of her own luminescence but mostly because she was constantly dusting, such that everything around her sparkled. Her dusting ritual was performance art: she’d add a smart smock over her tailored clothes and tie a silk scarf over her perfectly set hair—and then would magically wave an old-school feather duster over everything that needed attention. It was obvious to all visitors that she didn’t necessarily have to dust (she was a store manager, after all), but she felt obligated to set a good, busy example to all the other workers on campus.

I had planned an hour-long screening of Baby Peggy’s best 1920’s silent classics, with live music from the Teeny-Tiny Pit Orchestra, but COVID quarantine postponed that project.

I also curated an exhibit at Geisel Library about Diana Serra Cary, and the exhibit is still in place, but visitors have not had the opportunity to see it due to COVID circumstances.

Attendees meet makers of these functioning, miniature stages and hear from the play writers involved with these family-friendly theatre-art pursuits. Items on view represent 19 years of work from UC San Diego students and staff.

About the performances: shape-shifting folk tales from Hawaii (with a script written by the UC San Diego PanAsian Staff Association) will be celebrated and a children’s tale framed within a South American waterfall will be premiered. There may be time for a Cinderella classic and sneak-peak at a horror-tale-in-progress!

To prepare for your visit, please watch this short documentary celebrating paper theatre filmed by UCSD-TV for the Library’s Channel!

Zoom info will be provided closer toward the event date in mid-August.

If you want to become a paper theatre enthusiast, contact me at spaulson@ucsd.edu 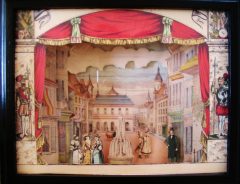 An example of Paper Theatre.

During the Victorian Era, theatrical playhouses printed fine souvenir posters showing architectural elements of their theatre. Aspects of set design were displayed on the posters, along with representations of actual actors in the company (shown in costume from a specific production). Condensed scripts were included in these poster kits and paper doll players were soon seen in lively productions on a tabletop at home, with many aspects of theatre arts being introduced to producers and performers of all ages.

From these posters, families and hobbyists would cut out the proscenium, the curtain, etc., to create a miniature model of that specific theatre. These paper theatre hobbyists ended up learning a great deal about scenic design, lighting effects, sound effects, music, acting, directing, blocking—all through this paper theatre toy.

Theatre goers often bought these paper theatre posters as souvenirs, promoting an actual production they saw. Those living far from the theatre district ordered paper theatres from a catalog and had them delivered to their small town as an educational toy for the household. A lot of cutting and pasting was involved, but it provided hours of educational fun and artistic exploration. The many two-dimensional layers of a paper theatre add up to something with surprising depth and charm. 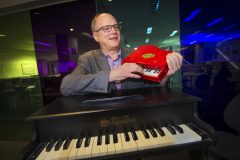 Paulson and a toy piano.

The first composer to write a serious work for toy piano was John Cage, in 1948. Cage visited UC San Diego on several occasions including a two-week stay as a Regents Lecturer in the 1980s. Peter Flynn and I were on campus for Cage’s lectures and we’ll perform a Cage tribute piece at this year’s festival.

In May 2001, the Library of Congress issued a subject heading and call number for toy piano scores because of the activities of the Toy Piano Collection at Geisel Library. The call number is: M 175 T69.

In 1999, a missing service bell at a Geisel Library help desk spawned the long streak of toy piano activity at UC San Diego. The bell was replaced with a playful tiny keyboard and a sign: “Please play on toy piano for service.” And play they did!

Before I sign off, I want to share news about an organization that I support throughout the year: Classics for Kids. Classics for Kids presents concerts at the Balboa Theatre very much in the style of Leonard Bernstein’s Young People’s Guide to the Orchestra. Conductor/ Artistic Director Dana Zimbric does an amazing job there, and I’m so proud to play oboe in her orchestra. Dana and I also do C4K school assemblies throughout the year using my Theremins and synths in a Sound Science program we designed. We’ll go virtual with Sound Science soon. Details about that and other C4K virtual programming will be announced in the fall here: https://www.classics4kids.org/learn-create-connect/ 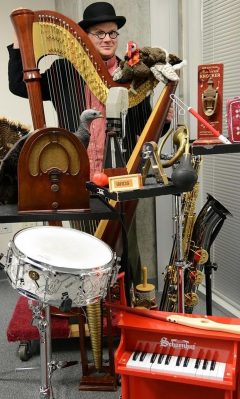 “Paulson seems to have channeled Spike Jones, Harpo Marx, and Victor Borge, but the mix is clearly his own.”
—SD Story

***Check in with me at spaulson@ucsd.edu about upcoming events.

Keeping the Music Alive During the Pandemic