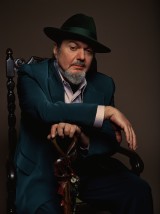 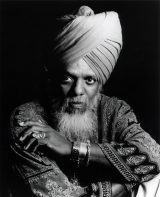 Ocean Beach has a lot going for it, from the terrific weather and beachfront views to the wonderful people, but one of the nicest things is the many open air events held in the community, such as the annual Jazz 88 Ocean Beach Music and Art Festival. Taking place this year on September 10, for fans of straight-ahead Jazz, Latin Jazz, blues, and funk, it just doesn’t get better. Now in its sixth year, the 3,000 capacity event has grown into one of Southern California premier festivals.

While many media outlets tag their logo onto various events merely for the publicity, that is not the case here. Iconic local radio station Jazz88.3, at San Diego City College, is involved from top to bottom, even having their own Jazz 88 All Stars perform. The band features drummer and on-air personality Barry Farrar Jr., perform. In June, KSDS was named station of the year by prestigious industry magazine Jazz Week.

This year’s lineup is stellar by any account, taking in both major national acts and local heroes. Topping the bill of more than 20 artists is the Night Tripper himself, New Orleans legend Dr. John and the 911, with special appearances from Hammond B3 master Dr. Lonnie Smith, harmonica virtuoso Charlie Musselwhite, and saxophone led jazz from the Donald Harrison Quartet. Meanwhile a wide range of local talent will be on hand including Steph Johnson, Allison Adams Tucker, the Styletones and in the V.I.P. area, guitarist Mundell Lowe.

Performances take place on three outdoor stages, with six more located in venues along Newport Avenue and Bacon Street, including Gallagher’s, The Harp, Nicks at the Beach, Electric Ladyland, and Winston’s. The full day of art and music kicks off at 11am, wrapping up at 6:45pm. Festival tickets are $30, with children under 12 free. Special V.I.P. packages are available. It’s important to DeBoskey that the price stays reasonable. “Think about it, you’ll pay $50 or $60 to go to a club or to Humphrey’s to see one artist for 90 minutes. We’re delivering eight hours of music, an art row, and discounts at restaurants up and down Newport Avenue, all for $30. And kids 12 and under are free,” he enthused.

All the stages, except the ones in bars, are open to all ages. There will also be a community stage, featuring performances from the Mission Bay High School Dixieland Band, the MLK Community Choir, and the San Diego School for the Performing Arts. Meanwhile, Newport Avenue between Bacon and Cable Streets will host an art row, with over 100 artists showcasing their craft. There is no admission charge to visit this area of the festival or the community stage.

According to Jazz88 station manager Mark DeBoskey, despite growing from one outdoor stage to today’s multifaceted event, organizing things has become smoother. “I don’t know if easier is the right word, but it has gotten more fluid,” he joked.

Many people have compared the neighborhood vibe of the Jazz 88 Ocean Beach Music and Art Festival to early editions of Street Scene. “We’ve heard that from a lot of people. [But] this isn’t going to get to the size of that,” he said. “It’s not going to be a massive undertaking where we put 40,000 people on the street.” He feels capacity issues are important for the comfort of the event goer. “We will sell out at some point, hopefully, this year. We came close last year,” he said. “[But] we don’t want people to have an experience where they buy a ticket and can’t get in to see the music,” he said. “Because with the clubs we do have limitations as to how many people can fit into a club and still meet code and all those things.”

DeBoskey notes the broad range of music that the festival covers is important when it comes to booking the artists. “We look for names that have a cross appeal,” he said. “Names that appeal to more than one genre. For example our headliner, Dr. John. He’s got appeal to the blues folks, to the jazz folks, to the folks who like the New Orleans style of music. And that’s pretty true with almost everybody on the event. Everybody has some cross appeal; they bring more than just [a] narrow niche of fans.”

As great as the roster of national talent is DeBoskey is particularly proud to be able to showcase local talent. “San Diego is a hotbed of great musicians,” he said. “There are some really terrific musicians here in town who deserve the kind of attention that the festival can bring.” He notes that Jazz88 has previously worked with both schools performing on the community stage. “These are schools that have put a lot of effort into their music programs and we are very much into music education,” DeBoskey said. “That’s our overall mission as a station; to preserve, promote and protect the heritage that is jazz. So we want to educate people. These students are committed to music and we want people to know how good they can be.”

The event is important for music fans, but it’s also a prime gig for the performers. Mission Bay High School Music Director JP Balmat considers events such as this to be important for the players and the school. “It’s huge because KSDS Jazz88 is so well known in the community. They have an amazing festival, so you get a lot of people coming into these events. The exposure is fantastic. People can see what kind of music program we have at Mission Bay.” Singer Steph Johnson agrees. “I think that Jazz88 is an incredible radio station and extremely supportive,” she said. “I’m stoked that they like my little mix of music that I do; I feel really honored that I’m included.” Styletones frontman Steve Harris is also thrilled to be a part of this year’s production.Â  “It is a big deal to be invited on a big show,” he said. “They don’t have to have us, so I’m always grateful someone wants to see us.”
Singer Allison Adams Tucker concurs. “Making music is bliss, but getting that music out there requires blood, sweat, and tears,” Tucker said. Her music is played on radio stations in 18 countries, and she’s had shared billing with some amazing talent at venues in both the U.S. and abroad, “however, none of that matters if we don’t feel the love in our hometown,” she said. “Having the support of Jazz88 means the world to me, and yes, it’s a big deal. I love what they do, and they make all that blood, sweat, and tears worth it.” She notes that festival shows have a different dynamic than other events. “It’s all about connecting with your audience,” she commented. “I custom fit my song list for every performance, taking into consideration who will be listening and what they’ll respond most to. For festivals like this one, I like to keep the energy level high with a lot of diversity in rhythms, languages, and styles. Keep ’em guessing, learning, and listening,” Tucker said.

A bonus for the musicians with a gathering this large is the chance to see old musical acquaintances. “I want to see Dr. John,” said Johnson. “But there are so many friends playing that I want to see. It’s going to be a busy day.” Tucker is on the same page. “In between our two performances [and afterward] I’ll be running around like a kid in a candy store. I’m looking forward to hanging with old friends and meeting new ones who share my love for this great American art form, jazz

The event is clearly a true labor of love, from all those involved. For DeBoskey, the reward for all the hard work is in what he refers to as the “vibe” on the day. “When you walk down that street and you hear music coming out of four different venues and there’s a buzz on the street. People are having a great time, because we’re delivering great music. That’s, to me, the real joy,” he said.

What Is a Troubadour?