You’ve released more albums than some folks have songs. Are you as prolific as it seems? 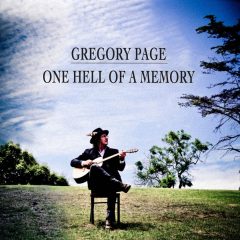 I’ve always loved recording as much as writing. I’m equal parts recording engineer and performing songwriter. I have also been guilty of genre jumping along the way. I’ve written indie rock albums to ragtime records. Country, bluegrass, jazz, folk, and Celtic on down the road. Some say I’m eclectic, others say I’m just plain confused. The fact remains that I love all kinds of music. My musical advisor, the late Lou Curtiss, taught me the art of deep listening and how to expand my ears to appreciate all kinds of music. I went a step further trying to re-create this music, which gave me endless hours of enjoyment and a deeper understanding of the music

What inspires you to write? Is it something you do every day?
I don’t write every day. I think of writing everyday, though. For me be able to write I need space and a clear schedule. I need to be bored and have nothing much else happening in my life at that time. I always have a tiny book with me to jot down ideas of something a person says. It’s really like doing observational research.

Which is more difficult, music or lyrics?
The hard work is finding original ways to not repeat myself. Melodies, rhythms, and choosing the instruments is a walk in the park, but it’s the lyrics that takes the time for me to find.

What was it like to be collaborating with Jason Mraz on Hell of a Memory?
Jason and I have been pals for going on 20 years now. We laugh a lot and it’s easy and fun to create together. The flow we get into is really fast and we don’t take things too seriously and try to not get hung up on technical stuff. His method of not being too precious about things has been good for me to remember how to have fun with music. We both enjoy word play and finding an original melody line that may not have been the first thing that came to mind. Jeff Berkley recorded Jason’s singing and his harmonium parts at their studio, called Beautywood. Everything else was recorded at Studio West by Robbie Robinson. Studio West 7 and I have been working together for almost two decades. Their Studio A is world classroom, with a super collection of vintage microphones. I encourage all musicians to consider recording there.

What’s next for Gregory Page?
The next thing I will do is get in line to get the vaccine, so I don’t have to cancel yet another tour.

Lauren Leigh Martin/PFX: I have a million horror stories, but one that actually brings me super smiles to remember was performing at Patrick’s Gaslamp Pub with my band Lauren Leigh and the Low Keys. A man came in for our last song, demanding “Piano Man” and tipped us $100 to perform it. Then he gave us another $100 to perform it again, then another $100 to perform “Sweet Caroline,” and again and again. We must have made an extra $800 that night because this man just kept putting $100 bills in our tip jar like it was nothing to sing his favorite songs. We were laughing so hard and just thought it was the most surreal thing. Lots of fun, weird memories at that place with that band. 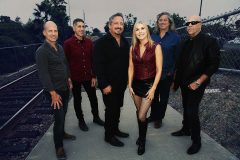 Monica Sorenson / Sometimes Julie: So, this is too embarrassing to tell, honestly, but here it goes… We were playing a gig at Saddle Bar in Solana Beach a couple of years ago. It is a really fun place to play, with a great crowd. The stage is a little on the small side, elevated about one foot above the dance floor, and as a six-piece band we have to arrange things very carefully in order for us all to fit. Once we do, there isn’t much room for us to move around. I was going in for the last chorus of our last song of the night, “I Won’t Go Quietly”, which is a hard-rocking protest/social justice-themed song. I really get into this song, often singing with my eyes closed. This particular night, as I was singing with my eyes closed, I momentarily forgot that I didn’t have much room to move. I took a step forward—right off of the stage—and landed face down on the dance floor. Still holding the mic, I continued to sing the song while propped up on one elbow on Saddle Bar’s very well-worn, sticky-with-beer dance floor. A few moments later, our sax and keyboard player, Anthony Sarain, swooped down, picked me up around the waist, and popped me back on the stage. We never missed a beat, and it was all very “rock ‘n’ roll,” but ever since that day I keep my eyes open while singing that song.

Chris Collins/Mod Fun: The only other thing that comes to mind is the sorta “Mod Aid” thing we did with Manual Scan and another band at Club Zu in California. We all got on stage together to play four or five songs and, instead of getting behind the kit, I offered to play guitar if someone would lend me one. You were nice enough to give me a black Fender Strat to play. But, when it was time to get on stage, I discovered I didn’t have a pick. So, I just blasted through our short set strumming it with my fingers and shredded my right hand in the process. I left a lot of blood on the pick guard of that guitar if memory serves. And, as it turned out, I wasn’t even plugged in so no one heard me bashing through my guitar parts that night! Good times!!

Questions for the Spice Pistols/CD Reviews

A Conversation, Questions, and Reviews