January 2023
Vol. 22, No. 4
Swing! Swing! Swing! at the San Diego Jazz Fest by Steve ThornNovember 2016
Back with a Bang! Java Joe's Reunion at San Diego Folk Heritage by J.T. MoringNovember 2016
Book Review: The Philosophy of Modern Song by Bob Dylan by Ted BurkeNovember 2016
Rick Nash: Bass Man in Demand by Wayne RikerNovember 2016
If Music Be the Food of Love, Play On: Dually Noted Pairs Fine Food and Fine Music by Paul HomiczNovember 2016
Mod Revivalists the Trebels to Reunite for 40th Anniversary Show by Jim TrageserNovember 2016
Harold in the Land of Jazz by Bart MendozaNovember 2016
Sephardic Dance and Music by Yale StromNovember 2016
Loretta Lynn: A Special Tribute to the Queen of Honky Tonk by Terry Paul RolandNovember 2016
Ben Grace Gilmore: It's All About Building Community by Sandé LollisNovember 2016
Advertisements 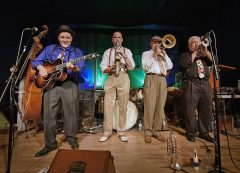 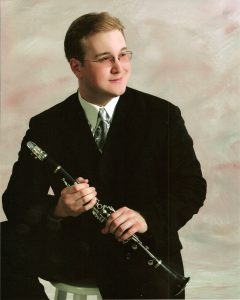 Joe Smith and the Spicy Pickles

The overwhelming energy force that unites jazz, rhythm and blues, rockabilly, and swing fans will be returning to San Diego soon over the Thanksgiving weekend. It’s time once again for the San Diego Jazz Fest at the Town and Country Convention Center in Mission Valley .

It’s hard to imagine that the festival is in its 37th year. That is testimony to the hand work of festival sponsors AFCDJS, an organization devoted to the preservation of not just Dixieland but to other forms of music indigenous to America. This is accomplished through a year-round calendar of monthly music workshops, annual jazz camps, and youth scholarships.

Swing dance fans may begin whirling the Thanksgiving week away as early as Wednesday night, November 23, but the tribal gathering of the swing dance nation will start on Saturday afternoon at 3:15 p.m. in the Golden Ballroom. Local boogie woogie queen Sue Palmer and her Motel Swing Orchestra will kick off the festivities. Their 2016 festival appearance will bring with it memories of a singer so identifiable with the Sue Palmer sound, the late Candye Kane, who lost her courageous battle with cancer last May at age 54. Portraying the Andrews Sisters in costume and spunk will be the Sweethearts of Swing, backed by La Jolla’s High Society Jazz Band. The ladies will be followed by the Big Brother Jazz Band, coming down from LA. San Diego’s Memphis Speed Kings will join forces with the versatile Dave Bennett (see San Diego Troubadour, November 2015) for an accelerated set of R&B and rockabilly. The evening headliners performing before a packed dance floor will be Los Angeles’ Dave Stuckey and his Hot House Gang and the Rocky Mountain swing of Denver’s Joe Smith and his Spicy Pickles.

The two bands will engage in a friendly but competitive battle of the bands. Audience members who wish to take that first of many dance steps to comfortably move around the floor will have ample opportunity to learn several popular dances embraced by the swing community. Hal and Georgia Myers will be conducting a workshop to go over the steps of Balboa, East Coast Swing, Two Step, and West Coast Swing. Two classes will be offered on Friday and Saturday. San Diego-based instructor Joel Plys will give a class on learning a dance that goes back to the time of Charles Lindbergh–the Lindy Hop–on Friday. On Saturday at 9 a.m., the more aggressive dances (Charleston, Balboa, Collegiate Shag) will be taught.

A special demonstration of various swing dances by Plys and his Hang Ten Hoppers will be part of the Saturday night Swing Dance Extravaganza. A $500 prize will be given to the first place couple in a dance contest that shouldn’t be missed.

The San Diego Jazz Fest is definitely family friendly. Kids under 12 are free if accompanied by an adult and attendees between the ages of 13 and 29 may take advantage of significant discounts. Active duty will be given free admission for all five days with military ID.