January 2023
Vol. 22, No. 4
This Ain’t No Party, This Ain’t No Disco: Tiki Oasis Goes New Wave by Steve ThornAugust 2019
Back with a Bang! Java Joe's Reunion at San Diego Folk Heritage by J.T. MoringAugust 2019
Book Review: The Philosophy of Modern Song by Bob Dylan by Ted BurkeAugust 2019
Rick Nash: Bass Man in Demand by Wayne RikerAugust 2019
If Music Be the Food of Love, Play On: Dually Noted Pairs Fine Food and Fine Music by Paul HomiczAugust 2019
Mod Revivalists the Trebels to Reunite for 40th Anniversary Show by Jim TrageserAugust 2019
Harold in the Land of Jazz by Bart MendozaAugust 2019
Sephardic Dance and Music by Yale StromAugust 2019
Loretta Lynn: A Special Tribute to the Queen of Honky Tonk by Terry Paul RolandAugust 2019
Ben Grace Gilmore: It's All About Building Community by Sandé LollisAugust 2019
Advertisements 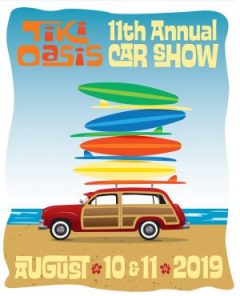 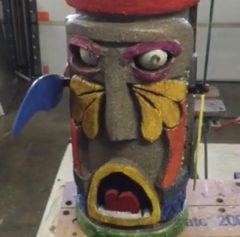 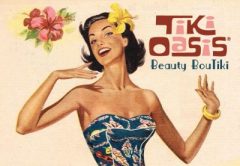 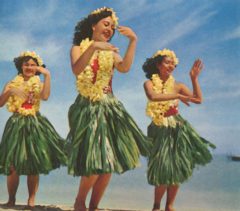 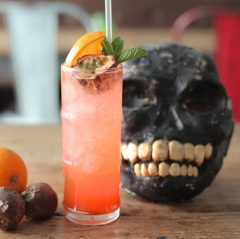 Anyone who came of age in the late ’70s or the rock of the ’80s should find the theme of this year’s Tiki Oasis to be nostalgia of a more recent vintage. Whether you feasted on the ground-floor primitivism of the Ramones or the cool and calculated synth pop of the Human League, Mohawk hair-dos, and Hawaiian shirts will be considered part of the de rigueur at this year’s Polynesian pop culture gathering, scheduled to kick off Wednesday night, August 7, under the stars of the Bali Hai Restaurant on Shelter Island. Remaining days and nights will be spent at the Crowne Plaza Hotel in Mission Valley.

In retrospect, the founding surf bands of the ’60s—the Bel-Airs, the Challengers, the Sentinals, and the father figure of surf who passed away this year—Dick Dale—carried a certain punk swagger that would be emulated in the ’80s. Tiki Oasis media coordinator Lee Joseph addressed the connection in one of his recent press releases: “Catch the New Wave!” is an obvious nod toward surf music, while “New Wave” is a blast from the early 1980s. In the 1980s, simultaneous to New Wave, was the Second Wave in the swell of surf music history, the charge was mainly led by Los Angeles bands like Agent Orange, Jon & the Nightriders, the Insect Surfers, or the gimmicky Surf Punks. At Tiki Oasis 2019 we present acts that relate to 1980s New Wave with a surf or exotica twist, Second Wave Surf music, and a few original New Wavers to create a totally radical weekend that will leave you stoked,” said Joseph.

Tying the past to the present will be noted surf music historian John Blair, whose book The Illustrated History of Surf Music: 1959-1965 is considered the bible of the genre. On Friday night at the Crowne Plaza Hotel, Blair’s band, Jon and the Nightriders, will do a set at 7:45 p.m. On Saturday at noon, Blair will hold court on all things surf music at a presentation in the shade of the Atrium Gazebo at the Crowne Plaza.

What is San Diego’s history with Tiki culture? According to local author Martin S. Lindsay, it’s substantial. Lindsay will be lecturing on his recently published book, Ninety Years of Classic San Diego Tiki, 1928-2018. From 1928’s Aloha Café in Tijuana to the speakeasy ambience of The Grass Skirt tiki bar in Pacific Beach, Lindsay provides compelling evidence that San Diego was as much swept away by south sea romanticism as any other metropolis in the country. Lindsay will take to the Crowne Plaza podium at 10 a.m. on Friday. Up the coast, a popular Los Angeles eatery, Clifton’s Cafeteria, had the popular Pacific Seas room. Attractive women were hired by Clifton’s to serve as the restaurant photographers. The diary and life of one of the camera crew, Vilma Caldwell, will be the subject of a seminar titled, “Aloha From Vilma—The Secret Diaries of a Clifton’s Cafeteria Girl,” on Friday afternoon at 3 p.m.

No Tiki Oasis fest would be complete without the court jester of good old Yankee kitsch, Charles Phoenix. This year, Phoenix is shaking things up a bit and yelling “Lucky Seven” as he explores vintage Las Vegas, neon lights and all! The flying donuts and salutations from Charles will happen at 10:30 a.m. on Sunday in the Grand Hanalei Ballroom. Get tickets soon as it will be another SRO crowd. Following the slide show, Phoenix will be autographing copies of his latest book, Addicted to Americana.

The 7 p.m. Sunday night showcase will be a great way to work off the BBQ and mai tais. Three bands are slated: the Night Times (garage rock), Joey and the Showman (surf), and veteran headliners the Fleshtones. Add to the schedule binge-shopping at the Tiki Marketplace, digging the custom cars, and the normal poolside escapades, and you have the makings of a memorable summer blast.

Putumayo: Bringing Home the Music of the World for 26 Years

33⅓—House of Dreams The Story of Stan Ross, His Recording Studio, and Lots of Hit Records