January 2023
Vol. 22, No. 4
There's Something for Everyone at Gator by the Bay! by Laura PrebleApril 2022
Back with a Bang! Java Joe's Reunion at San Diego Folk Heritage by J.T. MoringApril 2022
Book Review: The Philosophy of Modern Song by Bob Dylan by Ted BurkeApril 2022
Rick Nash: Bass Man in Demand by Wayne RikerApril 2022
If Music Be the Food of Love, Play On: Dually Noted Pairs Fine Food and Fine Music by Paul HomiczApril 2022
Mod Revivalists the Trebels to Reunite for 40th Anniversary Show by Jim TrageserApril 2022
Harold in the Land of Jazz by Bart MendozaApril 2022
Sephardic Dance and Music by Yale StromApril 2022
Loretta Lynn: A Special Tribute to the Queen of Honky Tonk by Terry Paul RolandApril 2022
Ben Grace Gilmore: It's All About Building Community by Sandé LollisApril 2022
Advertisements 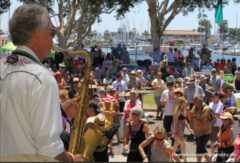 San Diego’s Gator by the Bay started when college friends Catherine Miller and Peter Oliver got hooked on music festivals. “In the ‘90s, were were traveling around and heard some zydeco at a Jazz Fest,” Miller recalls. When some Cajun/Zydeco festivals closed down, Miller and Oliver saw a golden opportunity. “It was the perfect time to start a festival here in San Diego.”
Except it almost didn’t continue.
The first fest, scheduled rather inauspiciously for October of 2001, found itself in the wake of the 9/11 attacks. It was set to be inaugurated in Chula Vista, but after all the prep work, Miller and Oliver had to decide if the music celebration should move forward in light of the national emergency. But like the dedicated show folk that they are, they decided the show should go on, and it did.
Fast forward to 2022: after two years of pandemic pause, Miller is ecstatic that Gator can bring its mix of eclectic music and bon temps to San Diego’s Spanish Landing. Although it originally was scheduled for October in the early years, another festival held on Mother’s Day folded in Ft. Lauderdale, so Gator decided that May would be a much better month for all-day music fests. 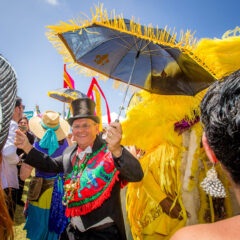 Compared to high-profile festivals like Coachella (about 125,000 people per day) and KAABOO (about 40,000 people per day), Gator may be the perfect music adventure for people who don’t like to be hot, sweaty, dehydrated, and crowded. “It’s a comfortable music festival,” Miller says. “Attention is really put on comfort. And we’re really family friendly. Kids under 17 are free and there are plenty of things that are engaging for people of all ages.” Dance floors aren’t concrete or gravel; they are made of wood and designed to support and move with dancers. There are shaded areas, seating, and plenty of parking.
In the first days, Gator drew about 2,000 people, but that has ballooned to closer to 15,000 in recent years. Still, by comparison, it’s a relatively small gathering, and the producers like it that way.
“We are a boutique festival,” says Peter Oliver, producer and primary booker of festival acts. “We are not KAABOO… We do not separate the artist from the attendees. I don’t want big barriers in front of stages.”
When Gator began, the first two iterations were held in Chula Vista, but the festival quickly outgrew the South Bay town and moved to Spanish Landing Park. After consulting many local musicians and friends, Oliver says he started to include bands that offered blues, gospel, soul, rock, country/Americana, and other genres to make Gator even more appealing to a larger audience. 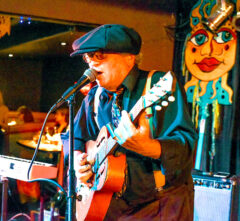 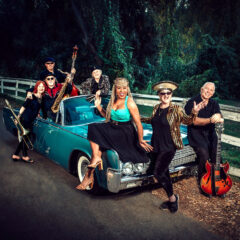 While there are some great national acts featured, locals are always included, too, and some of the best musicians in San Diego will be hitting the Gator stages this year. Blues siren Whitney Shay will be offering a Tribute to Little Richard on Friday night. Local blues master Robin Henkel will be there, as will boogie woogie pianist Sue Palmer and her Motel Swing Orchestra. Singer Michele Lundeen is coming to the party too, as are the Euphoria Brass Band, Blue Largo, the Bayou Brothers, the Farmers, and Skelpin brings a world beat vibe to the bill. For a rockin’ Saturday night party, the Bill McGee Blues Band is featured and so is Len Rainey and the Midnight Players. Singer/songwriter and international fave Gregory Page will be performing, as will Manny Cepeda’s Latin band; you can also catch a couple of great Gypsy Jazz groups from the local scene, such as the ZZymzzy Quartet and the Gypsy Swing Cats. And who wants to miss the Ass Pocket Whiskey Fellas, an Irish rock band that combines elements of the Dropkick Murphys, the Chieftains, and Riders of the Purple Sage?
Traveling back to San Diego from New Orleans, Oliver notes that the festival originated because something called the Bon Temps Social Club wanted a dance-friendly festival designed for people who enjoy good music, food, and the opportunity to move. “Bon Temps has a no-fault dance policy,” Oliver mentions. With scheduled dance lessons, the club aims to teach those who aren’t familiar with Cajun and Zydeco dance moves how to make it work, but there is no pressure to ‘get it right.’ “There are two 3,000-square-foot dance floors and it’s impossible to do it wrong—just come out and have fun.” 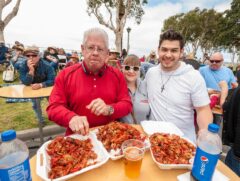 You won’t go hungry at Gator, either. With 10,000 pounds of certified Louisiana crawfish flown in fresh, it’s like dining in the French Quarter without the humidity. The French Quarter Food Court offers all the NOLA faves: po’ boys, hot links, jambalaya, pecan pie, beignets, bread pudding…and the Louisiana cooking demonstrations can show you how to bring some of the delicious New Orleans food traditions home with you.
A real driving force behind the festival from the beginning was the Bon Temps Social Club, formed in 1992, the nonprofit group that still hosts the festival today. “When we started the club, we just wanted to play Cajun and Zydeco music, so we got music cassettes from New Orleans, brought them back and started having dances at a recreation hall,” says musician and dancer Billy Lee, who will be performing at Gator with one of his many bands, the Billy Lee Gulf Coast Revue. The club still meets on the second Saturday of every month at Balboa Park War Memorial to host dance lessons, and all are welcome. Same applies to Gator by the Bay: anyone with the desire to dance can be taught. Lee is one of the dance instructors.
“Gator brings a joie de vivre to our town—that’s what I see…we bring that to the festival. I don’t know another festival quite like it,” Lee says.
Gator by the Bay has grown to a four-day festival with an average attendance of about 15,000 people over the four days. Inspired by festivals in places like San Rafael and Ft. Lauderdale, Miller, Oliver, and Maryann Blinkhorn saw an opportunity when they started the festival to bring the flavors, sights, and sounds of Louisiana to San Diego. This year, there will be seven stages. Two of those will host scheduled free dance lessons and authentic Cajun cooking demonstrations.
Some other features of the festival that are unique include school field trips on Thursday and Friday during the day as well as a sort of musical petting zoo, where people can try out some of the instruments used in Cajun and Zydeco music: rubboard, fiddle, banjo, accordion. Lee notes that some people think of the accordion as an old-fashioned “Lawrence Welk” kind of instrument, but with the native New Orleans music “it comes alive. It’s not meant to be listened to, it’s meant for dancing!” 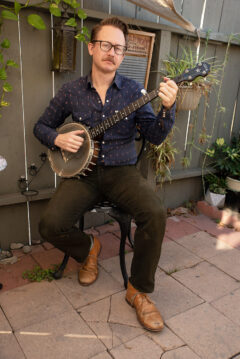 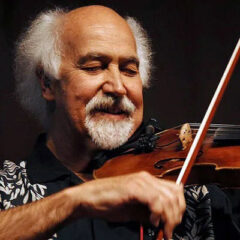 This year’s headliners are the Clinton Davis String Band (Americana), Gino and the Lone Gunmen (rockabilly), and Tom Rigney and Flambeau featuring Michael Doucet (founder of seminal Cajun band BeauSoleil). “The other change this year is that we’re opening Friday at noon instead of 3pm,” Oliver said. “People have asked to come earlier, so we are. We’ve added cooking demos with celebrity chefs, dance lessons on all the stages between acts, which includes a schedule of dance lessons with instructors in Cajun, Zydeco, swing, and line dancing. It’s all free with festival admission.”
Gator by the Bay will be held May 5-8 at Spanish Landing Park across from the airport. Tickets this year come in different configurations for more flexibility: you can buy a four-day pass for the entire festival for $205 if you buy early, or you can pay a bit extra and get a Saturday and Sunday Patron Pass that includes reserved seating at the stages, meet and greet with artists, catered lunch, beverages, upgraded restrooms, and discounts on festival merchandise. Or, if you’re not sure when you’d like to go, you can get an Any Day Pass that will gain you admission on any of the four days you choose.
With its proximity to the Sheraton Hotel, some events are held there, including a Saturday night dance featuring Geno Delafose and French Rockin’ Boogie with special guests Horace Trahan and Steve Riley, some of the other festival headliners.
Thursday night from 6 to 10 p.m., the festival kicks off with dancing and music featuring headliners Clinton Davis String Band, Gino and the Lone Gunmen, and Tom Rigney and Flambeau featuring Michael Doucet. For that evening, table service may be available, although those tickets are selling out fast.
There are discounts for military personnel, and VIP Patron Youth Passes for purchase, although people 17 and under will be admitted free with an adult (it doesn’t have to be one adult to one child, either; you can come with your entire family.) Hotel packages are available too, if you don’t want to leave for the entire weekend.
For more specifics and information on parking and logistics, go to https://gatorbythebay.com/.