January 2023
Vol. 22, No. 4
Mosey On Down to the Rawhide Ranch for Some Serious Fun! by Paul HormickOctober 2017
Back with a Bang! Java Joe's Reunion at San Diego Folk Heritage by J.T. MoringOctober 2017
Book Review: The Philosophy of Modern Song by Bob Dylan by Ted BurkeOctober 2017
Rick Nash: Bass Man in Demand by Wayne RikerOctober 2017
Mod Revivalists the Trebels to Reunite for 40th Anniversary Show by Jim TrageserOctober 2017
If Music Be the Food of Love, Play On: Dually Noted Pairs Fine Food and Fine Music by Paul HomiczOctober 2017
Harold in the Land of Jazz by Bart MendozaOctober 2017
Sephardic Dance and Music by Yale StromOctober 2017
Loretta Lynn: A Special Tribute to the Queen of Honky Tonk by Terry Paul RolandOctober 2017
Ben Grace Gilmore: It's All About Building Community by Sandé LollisOctober 2017
Advertisements 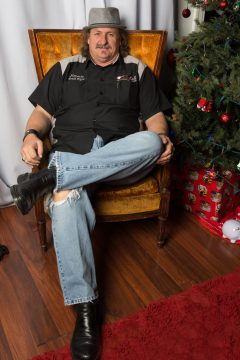 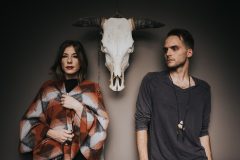 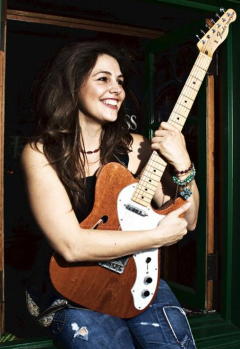 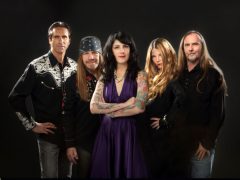 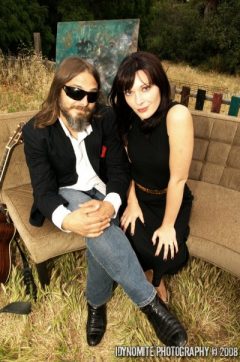 Jim Cline loves music festivals. He is on the phone with me from Nashville, where he is attending the Americana Music Association Awards, his eighth time at the gala. “The music is number one,” he says. “And the people, too!”
Cline is also excited about the upcoming Country Music Festival that he has put together for this month “It’s our first festival,” he says. “It’s going to be a family fun-filled day. There will be a barbeque for those who want. There will be games for kids and, of course there is going to be music.”

The festival will take place at the 40-acre Rawhide Ranch in Bonsall, about ten miles north of Escondido just west of the 15 freeway. The one-day event will be held on the 22nd of this month, a Sunday, with a full roster of national and local talent to provide the music.

Headlining the festival is Sarah Potenza, the Italian-American singer who made the judges take notice on season eight of NBC’s The Voice in 2015. Is she country? Is she rock ‘n’ roll? Categories aside, her talents are widely recognized. Pop singer Pharrell Williams has said that Potenza was “giving this generation something they have never seen before.” And Rolling Stone says the Rhode Island-born singer “is to the blues what Adele is to pop: a colossal-voiced singer who merges her old-school influences with a modernistic sound.”

Since the time of their first CD, The Fudge Sessions, in 2013, Flagship Romance has learned that audiences adore the paired-down sound of the duo’s vocals and single guitar. Anyone who has had the pleasure of hearing them perform live knows that these two love to sing and are adept at blending their considerable voices. Words such as “energy,” “exuberance,” and “ferocious intensity” have been used to describe the Florida-based musical couple.

The festival includes some of San Diego’s best local talent as well. Sara Petite has been mining the Americana/ country genre here in San Diego for a little over ten years. She and her band are four-time winners of the Best Americana Band Award at the San Diego Music Awards. Petite has been the winner of Portland’s Songwriting Contest, San Diego’s Songwriting Contest, and been a five-time International Songwriting Finalist in Nashville. She has five CDs to her credit.

The name Three Chord Justice perfectly summarizes the standard, pure honky-tonk, sawdust on the floor, drinking red-eyes ’til two attitude of this San Diego-based ensemble. The epicenter of Three Chord Justice is Liz Grace, a singer gifted with a voice that can be graceful and clear or strong and rough edged. She’s the perfect country singer. Rounding out the schedule are Sam Morrow, Farm Truck, Brian Whelan, and Podunk Nowhere.

Cline says that the big hurdle to overcome for a first time festival is getting the word out. But he’s working the email lists, and, of course, there is a Facebook page for the event. Cline is a veteran of putting on the Valley Center Music Festival, a fundraiser for the Valley Center-Pauma Music Boosters, which supports music programs in North County schools. Judy Green, of Cowpokes for Camp, approached him to help with the festival about four months ago, as a fundraiser for her organization.

Cowpokes for Camp works to “inspire and educate” children in agriculture, animal husbandry, and equine science, with the goal of preserving farms, ranches, and rural life in general. To that end, the North County organization raises funds that support children attending the Rawhide Ranch summer camp, where they take part in some of the ranch’s activities, including farming and animal husbandry. The children also get to do the usual camp stuff, like sing camp songs, play games, learn leather and wood crafts, and of course get to slide down a slide into the camp watering hole.
Rawhide Ranch strives to be a high-energy experience that teaches children about respect, integrity, and the value of hard work and personal growth. The camp is a member of the Certified Horsemanship Association and the Christian Camp and Conference Association. It was recently voted as one of the top 22 camps in the United States.

Originally a hog ranch, the property was acquired in 1964 by Clarence and Mary Jean Chown. The Chowns saw the potential of the ranchland to serve as a summer camp for children, with the first happy campers having their stay the next year. In 2000 the Chowns sold Rawhide Ranch to a small group of investors. Camps are held at the ranch in summer and winter, with school groups and youth groups visiting the ranch throughout the year.

Last year Cowpokes for Camp supported eight children attending camp at Rawhide Ranch. Cline says that, with the assistance of the funds raised from this festival Cowpokes for Camp hopes to send 25 children to summer camp next summer. He says, “This is music. This is camp. I’m totally into it!”