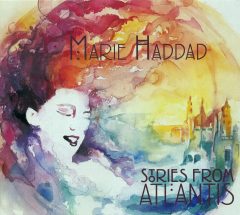 American artists, composers, and musicians have traditionally shied away from delving into the mysterious. The makers of our popular music–jazz, folk, rock, etc.–have felt comfortable in the world of the apparent. It wasn’t until the progressive rockers of the sixties that mystery became a component of popular music. Taking their cues from the Beatles, bands such as King Crimson and Yes incorporated cryptic lyrics, odd riffs, and otherworldly new instruments such as Mellotrons into their lengthy compositions and concept albums.
The makers and fandom of this muscular music were almost entirely male, and their stance toward the enigmatic musical worlds they created was, as well, masculine. Though it was of their creation, the mysterious was something apart from themselves, something from which these rockers stood back. Mystery freaks guys out and gives us the creepy-creeps.

Of the prog rockers the one prominent female was Kate Bush. For her, mystery was not foreign or strange. It was psychically where she dwelled. And it is because of this that I consider her music truly feminine. Bush’s music stood not as a counter, answer, or antipode of the XY chromosome makeup of the rest of the prog rock scene; it was a whole different way of creating and relating.
San Diego singer-songwriter Marie Haddad has enjoyed comparisons to Kate Bush. And with her new CD, Stories From Atlantis, the comparisons will continue. Atlantis is a recording of power and mystery, and Haddad is obviously very much at ease in a world of myth and “stories written on aged stones” as she sings on the song “Jdita.”

But Haddad is a musician in her own right, and this new disk of 11 songs brilliantly showcases her talents. She has performed for years and has developed some great vocal chops and uses them to the full extent on this disk. Haddad collected talented musicians for this project. Space doesn’t allow for a full listing, but I will say that I really enjoyed the work of Jeff Pekarek on bass and bouzouki and the accordion of Mark Danisovszky on the eastern European-inspired “Spinning Yarn.” With beautiful artwork and photography, Atlantis is handsomely packaged.

Besides cryptic lyrics, the old-time proggers often deliberately obscured the words to their songs in the production of their records (What was that guy singing about on 21st Century Schizoid Man, anyway?), letting mondagreens abound among the fans who listened to their albums over and over. I’m not sure if this was the intent of Haddad, but each time I listened to the disk, I had a hard time distinguishing the lyrics.

Haddad penned nine of the songs, and there is one collaboration. She includes “Ring of Fire,” June Carter’s song of romantic love’s command. When Carter sang her song, there was longing, almost sorrow. Johnny Cash, who inspired the song and who had a hit with it, gives himself joyfully over to the immolation of love. Haddad puts the song in a minor key and slows it down. The mood is serious and cautionary.

Stories From Atlantis gives us a singer/songwriter at the height of her powers. CD release on Thursday, September 28, 7pm, at Humphrey’s Backstage Lounge, 2241 Shelter Island Drive.